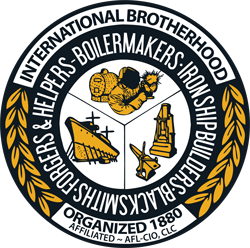 Local Lodge No. 237 regretfully informs you of the passing of the following members, retired members, and their families (please click on a name to read details):

Anthony had a short, yet courageous battle with metastatic SCLC. Predeceased by his parents, Alfred Martino Sr and Marie (Marturiello) Martino, his brothers, Alfred Martino Jr and Robert Martino Sr, he was welcomed into eternal life with the love of his family.

Anthony resided in Hamden,  where he lived with his beloved wife, Mary (Civitillo) Martino of 38 years. Anthony and Mary were high school sweethearts and had been together for 45 years. He is survived by his wife, Mary, his children, Anthony (Danielle) Martino Jr, Gina (Nicholas) Brown and his beloved grandson Beau Brown, whom he loved and adored & his granddog Indiana Martino. He is also survived by several extended family members including many nieces and nephews that he loved dearly, all like his own children.

Anthony was a dedicated and hard worker and worked for over 40 years in the International Brotherhood of Boilermakers, Local #237 of East Hartford. Anthony started out as an apprentice and worked his way up to a General Forman. He worked on many power generation projects throughout CT. Anthony was an avid NY Giants, Yankees, and Rangers fan. He had a love and passion for collecting football cards, sports memorabilia, and American flyer trains. Anthony was always full of life and had a kind and generous soul. He loved being a dad, and especially a “papa” to his bestest buddy, Beau. Anthony loved his family and was a wonderful husband, dad, papa, uncle, brother-in-law, friend, and neighbor. Anthony was always there to offer a helping hand, provider for his family, mow a lawn (or the whole neighborhoods) and make people laugh. Anthony has an unforgettable smile that will live in our hearts forever.

Friends are invited to attend a memorial service MONDAY at 7 P.M. in the Peter H. Torello & Son FH, 1022 Dixwell Ave., Hamden, and may call Monday from 4 -7 P.M. Burial will be private.  In lieu of flowers, please consider donating to CT Hospice (www.Hospice.com)

Her obituary is as follows:

Theresa L. (Gentile) Hanson, 69, of Lebanon, formerly of Glastonbury, living wife to Herbert L. Hanson III, passed away peacefully on June 6, 2020. She was born on August 3, 1950, in Hartford, to the late Vincent and Eleanor (Vivolo) Gentile. Theresa was an entrepreneur, running a multitude of businesses. She achieved the Top Consultant Award for all of New England for Motive Cosmetics from 2014-2016. However, Theresa was most proud of her work with animals. She was the former President of the Protector of Animals for numerous years and was a key contributor to acquiring their current location in East Hartford. Aside from her love for work and for animals, Theresa was an extremely loving wife, mother and grandmother. She cherished her family and friends more than anything.

Besides her husband, she leaves her daughter, Traci Murphy and her husband Michael of Glastonbury as well as their children, Grady, Casey and Maxwell, a step-son, Richard Hanson and his wife Lisa, of Glastonbury, as well as a brother, Jimmy Gentile and his wife Dolly and a sister, Elaine Taylor and her daughters, Hope, Lisa, Dawn and Robin, who she cherished. Theresa will be missed dearly by her two dogs, Trixie and Libby and her cat, Miss Kitty. She is predeceased by a brother, Richard Gentile, a brother-in-law, John Taylor and sister-in-law, Pat Gentile.

A graveside sercice will be held Friday, June 12, 2020. Theresa’s funeral arrangements have been entrusted to The Farley-Sullivan Funeral home, Glastonbury. In Lieu of flowers, the family has asked to make memorial donations to a local animal charity of your choice, or Saint Jude Children’s Research Hospital. To extend condolences, share a memory and for web streaming instructions, please visit Theresa’s webpage at farleysullivan.com.

We are saddened to announce that Bobby Witcher Jr. passed away on Tuesday, March 31, 2020.

Additional information is unavailable and no services are currently planned.

The Sanders family invites you to a Celebration of Life to honor the memory of Jeff Sanders.

Jeff was a simple man and this will be a casual event held at the family home.

Hamburgers, hotdogs, ribs, snacks and, of course, icy cold Pabst Blue Ribbon will be served; the pool will be open for those that are interested.

A celebration of Life will be held for Terry Royce on Saturday June 8 at the Brown Derby (158 Norwich/New London Turnpike, Uncasville, CT) from 7-9 PM.

The first round of cocktails will be on Brenda Royce. If you arrive late, mention the Royce Party to waive the cover charge.

Retiree Greg Joyce passed away in Florida on Saturday, March 2, 2019.

While a celebration of life is being held in Florida, his Connecticut friends are invited to join in the spreading of his ashes at 12:30 PM on Thursday, April 11 at Dockside/Sunset Ribs. A gathering at The Lyme Tavern Sports Bar & Restaurant (229 West Main Street, Niantic, CT 06357) will follow from 1-3 PM.

Mr. Gregory Scott Joyce, 73, of Lake City, passed away on Saturday, March 2, 2019. He was born in Columbus, Ohio on March 2, 1946 to the late William Scott and Mildred Placke Joyce. He lived most of his life in Niantic, Connecticut, but moved to Lake City in 2009. He was a Welder by trade, and was part of the Boilermakers Union in Connecticut until his passing. He also served his country in the United States Navy, serving as a Fighting Seabee. In his spare time, he enjoyed reading, collecting coins, going for walks and being around the water. Mr. Joyce was also very active in the local Veterans Administration and the Lake City Chapter of Alcoholic Anonymous.

A celebration of life for Mr. Joyce will be conducted on Thursday, May 9, 2019 at 11:00 A.M. in the Chapel of Gateway-Forest Lawn Funeral Home (Lake City, FL). The family will receive friends from 10-11 A.M. (one hour prior to the services) at the funeral home. In lieu of flowers, the family asks that donations please be considered to the local VA Medical Center. 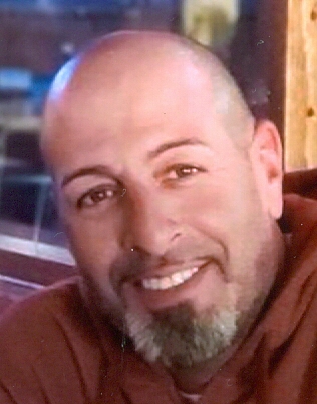 It is with the deepest sadness and regret we inform the membership of the passing of beloved member Kenneth Bellelo Jr. on Thursday, March 14, 2019.

Kenny graduated from Sheehan High School in 1995 and worked as a foreman for Boilermakers Union Local 237, where he was employed for the past 23 years. Kenny will be remembered as fun, loving, and enjoyed nothing more than spending time with his family and many friends. Kenny especially loved spending time at Fireside in New Haven.

He was the beloved son of Kenneth Bellelo Sr. (Joanne Ierardi Bellelo) of New Haven and Susan Arcangelo Abolafia (Gary Abolafia Sr.), the adoring older brother of Victoria Abolafia, and the step-brother of Gary Abolafia Jr. all of Wallingford. Kenny is also survived by his aunts and uncles, Charles Arcangelo, James Arcangelo Jr., Anna (Richard) Perillo, Marianne (Joseph) Cinquino, Carl (Linda) Bellelo, and Rose (Jim) Konners, as well as 13 cousins, including Mia (Michael) Manzo and Kristy (Jeremy) Grondzik, who were like sisters to him.

Friends may call at the PORTO FUNERAL HOME, 234 Foxon Rd. (Rte 80) East Haven TUESDAY from 4:00-8:00 PM and are asked to go directly to the St. Pio of Pietrelcina Parish at Our Lady of Pompeii Church on Wednesday morning for a Mass of Christian Burial at 11:00. Interment will be private.

Memorial contributions may be made to the Smilow Cancer Hospital, Office of Development, PO Box 1849, New Haven, CT 06508 or at www.closertofree.com

Retiree Edward Silva passed away on Sunday, March 25, 2018. His obituary from The Day is as follows:

Edward attended Lee Academy in Pittsfield, Mass., and was a boilermaker of the Local 237 for 32 years when he happily decided to retire in 2004.

He lived in New London for many years and enjoyed boating, fishing, and catching some sun at Ocean Beach. He enjoyed watching the Boston Red Sox and the New England Patriots. He looked forward to spending time with his grandkids and spoiling them as much as he could.

Edward will be greatly missed by all that knew him. He will always be remembered as a “Loving Grampy.”

He is survived by his two daughters, Rebecca Stefanelli, and husband Gerald Stefanelli, of East Lyme, and Rachel Branch, and husband Ricky Branch, of Uncasville; three grandchildren, Anthony Stefanelli and Calla Stefanelli of East Lyme, and Madison Branch of Uncasville; four siblings, Lorea Spath of Niantic, William Silva of Preston, Kelly Duncan of Preston, and Melissa Silva of Boston. He is also survived by his former wife and lifelong friend, Annaliesa Radomski of Waterford.

Calling hours are from 6 to 8 p.m. on Wednesday, March 28, at the Thomas L. Neilan & Sons East Lyme Funeral Home, 48 Grand St., Niantic. There will be a graveside service with his ashes at 1 p.m. on Saturday, March 31, in Union Cemetery. Condolences may be shared on Mr. Silva’s memorial page at www.neilanfuneralhome.com.

His obituary from The Day is as follows:

Robert Carl Simon of Groton passed away on Tuesday, March 13, 2018, at his residence.

He was born in New London on July 18, 1960. Robert grew up in the Pleasure Beach section of Waterford and graduated from Waterford High School. He became a Boilermaker for the National Transient Division, working for Boilermakers Local 237 out of East Hartford for seven years before going out on disability pension.

He is survived by his sisters, Cheryl Rydecki and husband, James and Wendy Preischel and boyfriend, Karl Smith; niece, Shannon Orenstein; brothers, James Simon and wife, Janet and their children, Jeanine and Lucas, Richard Simon and wife, Estelle and their children, Oliver and Grace; his girlfriend, Robin T. Gardiner; and several nieces and nephews.

His family will receive relatives and friends from noon to 1 p.m. Saturday, March 24, at the Impellitteri-Malia Funeral Home, 84 Montauk Ave. New London; followed by a memorial service at 1 p.m.

As more information becomes available it will be posted here.

Our thoughts and prayers are with Ryan’s family at this most difficult time.

A memorial service honoring his life will be held ton Saturday, May 14, 2016 at 8 AM the Phillips Metropolitian CME Church. Funeral to follow at 9 AM.

Our thoughts and prayers are with the family at this most difficult time.

A memorial service honoring Sandra’s life will be held this summer – additional details will be posted here when available.

In the meantime, our thoughts and prayers are with the family.

Unfortunately, no arrangements have been made, nor any other details available.

In lieu of flowers, donations may be made in Harry’s honor to St. Jude’s Children’s Research Hospital, 262 Danny Thomas Place, Memphis, TN 38105.

His family will receive friends on Sunday, Oct. 25th from 4-6 p.m. at the Mystic Funeral Home on Route 1 in Mystic.

A funeral service will be held on Monday, Oct. 26th at 10 AM, from the funeral home. Burial will follow with military honors at the Elm Grove Cemetery on Route 27 in Mystic

A memorial service will be held on Thursday, October 1, 2015 at 7 PM at the New Comer Funeral Home, 343 New Kamer Road, Colonie, NY 12205.Calling hours will precede the service from 4 to 7 PM at the funeral home.

Memorial contributions in James’ name may be made to: Make-A-Wish Foundation, 3 Washington Square, Albany, NY 12205.